Following the success of the 2014 Young Citizens program, it was with much enthusiasm that Heritage Saskatchewan administered the program again for the 2015 Heritage Fairs season. Canada’s History Society allotted the province 16 spots in the contest, and consequently, four students from each Regional Heritage Fair were chosen to create a video about their Heritage Fairs topic.

Through a partnership with filmmakers Adrian Halter, Taryn Snell, and Adam Kitter, the 16 finalists were chosen from across the grade range and presented a wide variety of heritage topics. Adrian, Taryn, and Adam also provided filmmaking workshops in Regina, Swift Current, and Saskatoon, respectively. The finalists had a lot of fun at these workshops. Thank you once again to our workshop leaders!

Our 2015 Young Citizens finalists taught us about many diverse topics this year, from medieval L’Anse aux Meadows to the modern Keystone XL Pipeline! We learned about the history of pesticides, Oak Island, Castle Butte, the Canadian Western Agribition, rural schools, and much more. It was a thrill to meet the students and see their individual personalities shine through in their videos.

The 16 videos were posted online mid-June and the public was invited to vote to help determine who would be selected as one of Saskatchewan’s two winners; the public vote made up 50% of the students’ scores, while a judging panel from Canada’s History determined the other 50%. Two winners from each province and territory won win the grand prize of a trip to Ottawa to participate in the 2nd Young Citizens Forum from Oct. 15-17, 2015.

This year, Saskatchewan’s winners were Myaleah Matthies (for her video Women at Work in the World Wars) and Sanai Minor (for her video The First African-American Settlers in Saskatchewan). Myaleah is currently in grade 7 at Caronport Elementary School in Caronport, SK, while Sanai is currently in grade 5 at George Lee School in Regina, SK. Congratulations to Myaleah and Sanai! 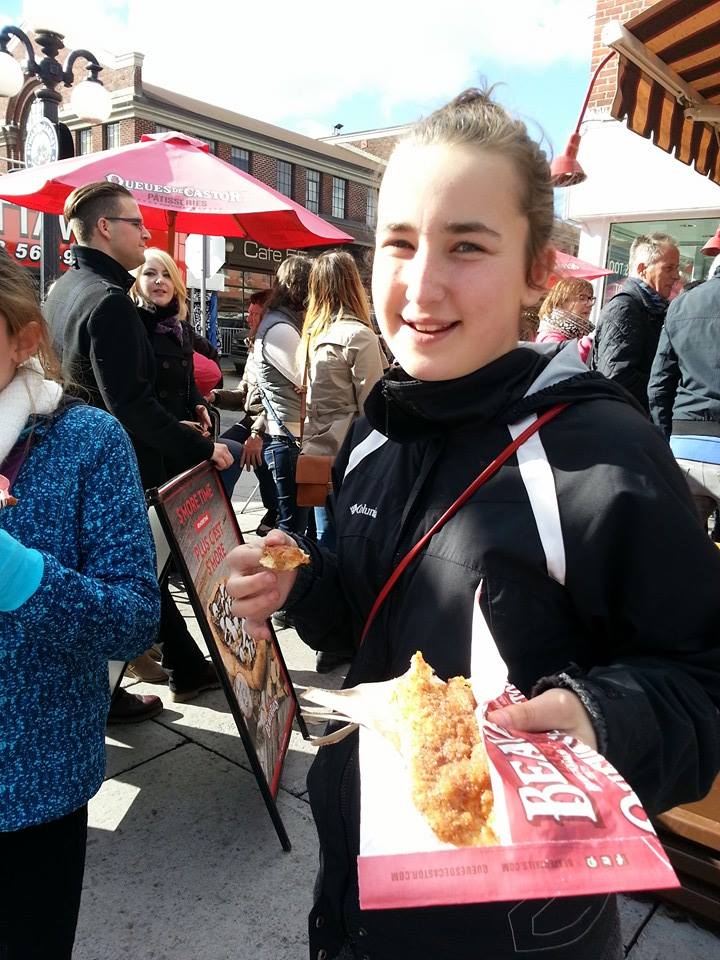 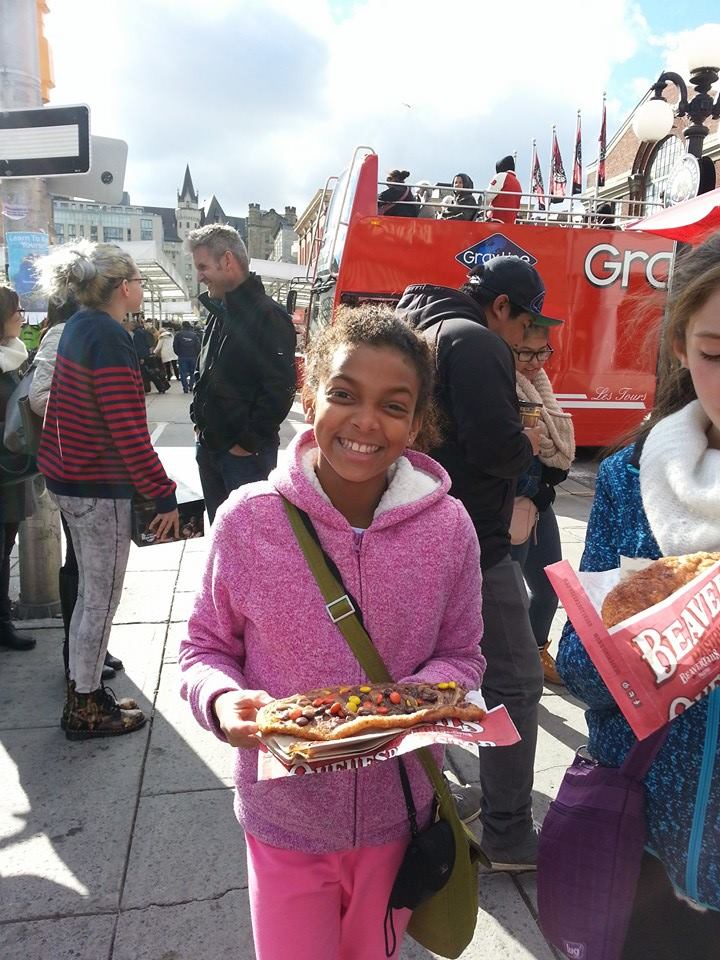 I was excited to once again be the chaperone for the Young Citizens trip and return to Ottawa. Most of the chaperones were new to the program (or whose colleagues had attended last year) and of course there were 26 Young Citizens winners to meet! It was also wonderful to reconnect with provincial counterparts and Canada’s History staff that I met last year. The students made lots of new friends from across the country!

In the wee hours of the morning on Oct. 15, Myaleah, Sanai, and I headed off to Ottawa. It was Myaleah’s first time on an airplane and she handled it like a true professional! We all took many pictures of the beautiful red leaves as we landed in the early afternoon sun. Upon landing, we met with other students and chaperones. As was the case last year, we all share a love of history and heritage, but yet we represented a wide variety of personalities and interests.  There was once again a wide age range (from 10 to 16), but all had a great time!

As well as making new friends, Myaleah and Sanai were wonderful ambassadors for our province. I was very proud of them! Together, all of the students visited the National War Memorial, the Parliament Buildings, the Bytown Museum, Rideau Hall, the Canadian Museum of History, the Byward Market, and the Canadian War Museum.  It was an unforgettable experience! While we didn’t get to spend Hallowe’en in Ottawa, we got to spend three days amid amazing fall colours and festive decorations. The students were honoured at the Governor Generals Awards Dinner at the Canadian Museum of History, where a video compilation of highlights of their videos was presented.

While the students were participating in the Youth Forum, I met with my provincial counterparts as well as Canada’s History staff to further discuss the state of Heritage Fairs on a national level and Canada’s upcoming 150th anniversary.  It is possible that a special national Heritage Fairs event will take place in 2017, further details to be announced! The Young Citizens program is set to continue for 2016 as it has been for the past two years.

While living in our respective regional outposts, it is easy to feel alone. We all returned home with a renewed appreciation for our shared Canadian heritage.  It was clear that while we have many regional differences, we have much in common – especially our mutual passion for our heritage and history! We also returned with a renewed appreciation for our democratic institutions, especially pertinent as the federal election campaign was drawing to a close.

Thank you to Canada’s History for running the Young Citizens program, and thank you to Myaleah and Sanai for representing Saskatchewan to the rest of the country! We also thank all of the parents, volunteers, and teachers.

Onward to 2016! We will select our Saskatchewan students during the Regional Fairs season in April/May, giving this year’s entrants four to six weeks to create their videos before the deadline of June 3rd, 2016. I look forward to learning more about Canada’s Living Heritage and hearing more stories from our students.

Stay tuned for our selection process for this year. Our allotted number of spots is again 16 students, however, we encourage all students to think about how they could create videos about their Heritage Fairs topic!